BLACK MOUNTAIN MI AMIGOS HOT SAUCE was the 2014 AMHA Western Regional Grand Champion JR. Stallion. He placed fourth in a very competitive yearling stallion class at the 2014 World Show. His sire is a World Champion and is a World Grand Champion producer. He is the only prodigy of his dam. His pedigree has good producer written all over it. 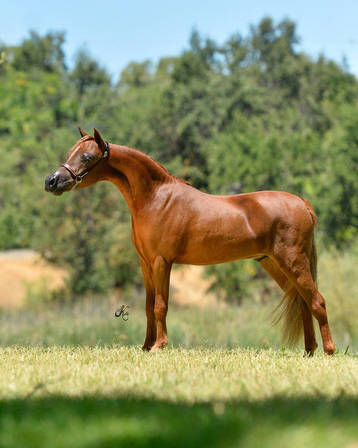